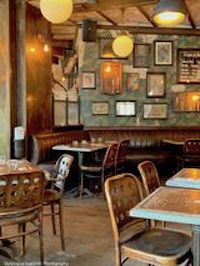 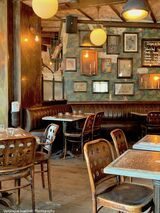 If you want to understand the Parisian way of life you ought to spend time during the day and the evening in the Paris cafés!

« The cafe culture in Paris is old, very old. The first coffee house was opened in 1672 by Pasqua Rose, who maintained a monopoly until Café Procope opened later in 1686. It remains open to this day.

Parisian cafés serve as a center of social and culinary life in Paris and serve as the meeting place, neighborhood hub, conversation matrix, rendez-vous spot, and networking source, a place to relax or to refuel – the social and political pulse of the city.
Parisian cafés show the Parisian way of sitting undisturbed for a couple of hours, watching things happening and people going by. »