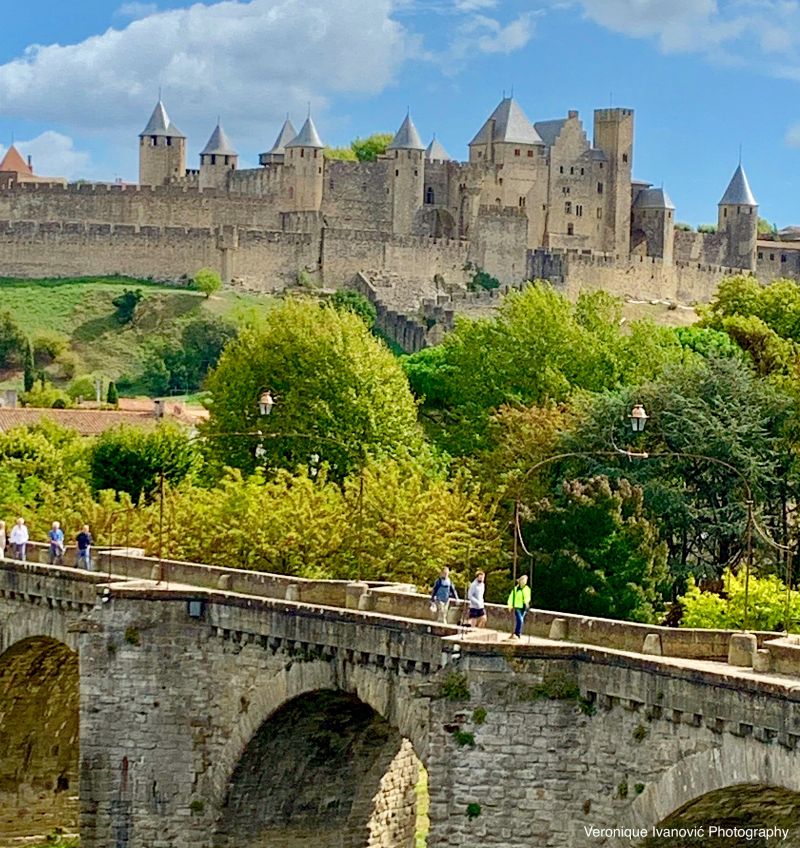 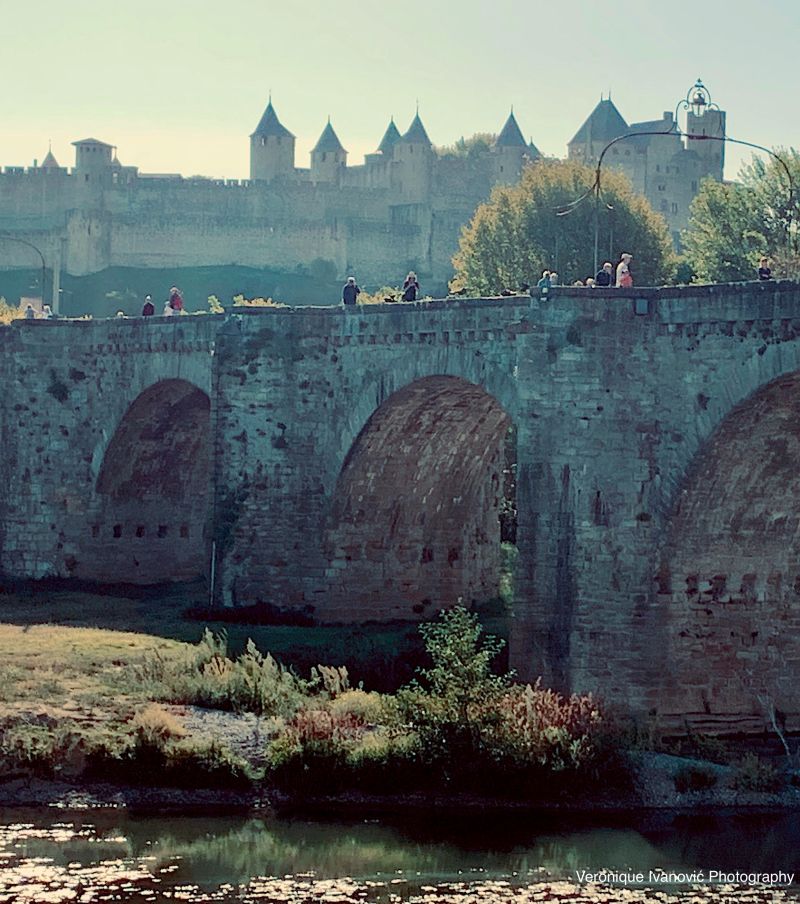 Because travelling has become so difficult, I hope that by posting the pictures of the places I have visited, to share some of the beauty and diversity of the world we lived in!
Walt Disney is said to have been inspired by Carcassonne, its towers, turrets, and ramparts and you can understand why when the sun rises up over this medieval city.
Carcassonne is a fascinating fortified city in the Occitanie region of France that has been around since the Neolithic Period. Over time, the hilltop area was occupied by the Romans, the Visigoths, the Saracens, and the Franks.
It is easy to imagine a knight galloping up the cobbled streets and dashing through the portcullis to save his princess.
In fact, Carcassonne, at the heart of Cathar country, was first recorded in pre-Roman times. It was, and continued to be for centuries, an important fortification with views up and down the Aude valley—west towards Castelnaudary and east to Narbonne and the Mediterranean. The view to the south tower the Pyrenees Mountains and to the north the Montagne Noir or Black Mountains.
Carcassonne was of great strategic importance due to its location between trade routes connecting the Atlantic to the Mediterranean and the Massif Central to the Pyrenees.
News No Comments
Share Tweet Share Pin
artk75.com